The ABS Air Safety Foundation A36

A generous gift in the will of member Dick Swenson was earmarked for support of pilot, mechanic and flight instructor training in the name of BPPP founder Sam James. The ABS Air Safety Foundation Board of Directors voted to dedicate funds from this donation to purchase, upgrade and operate an A36 Bonanza to meet ASF's educational goals. 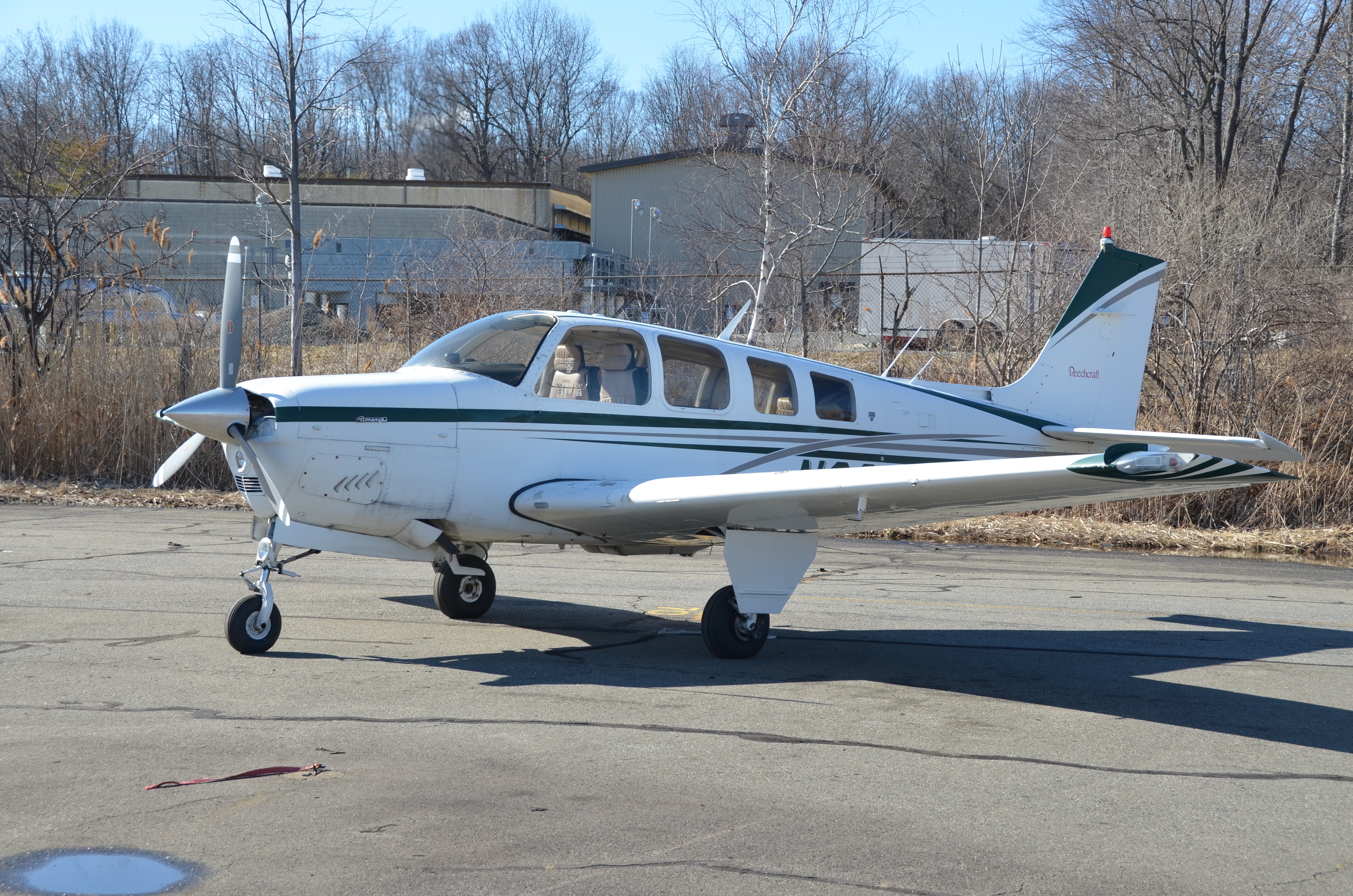 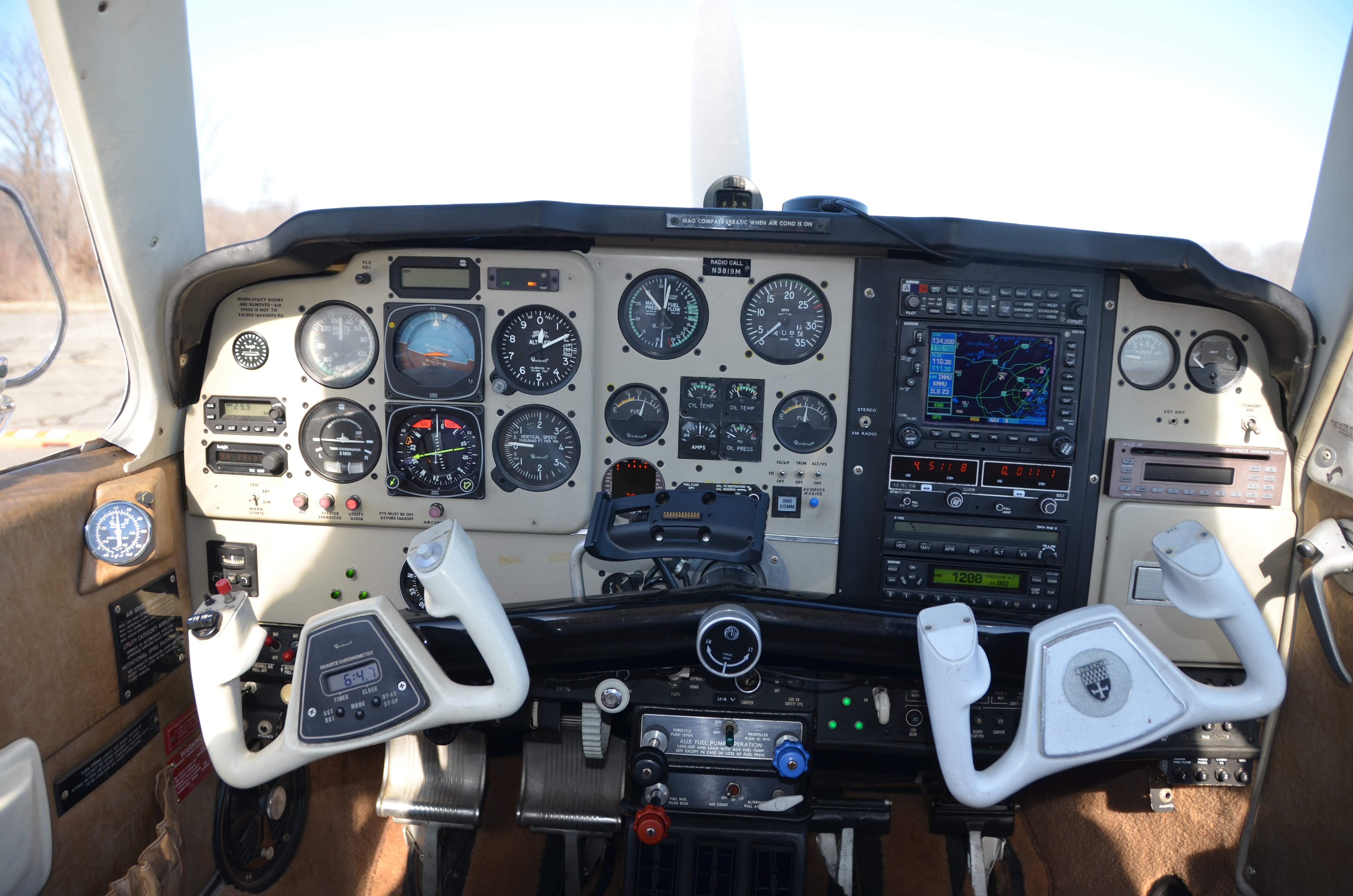 What's happening with the ASF airplane?

Before N3819M can adequately represent ABS and the ABS Air Safety Foundation, it must be made presentable.  Here's what is happening or soon will be happening with the ABS/ASF A36:

Our plan is to have N504SJ ready for video production and display at ABS events by late spring/early summer 2017, depending on scheduling of the major upgrades. Meanwhile it is available for BPPP instructional flights and flight instructor accreditation (contact asf@bonanza.org with requests), will be used in some ASF video production on a limited basis (we'll save most production until the paint and panel are complete), and between upgrades will be used for staff travel to ABS events.

Watch this page for updates on the progress of the ABS Air Safety Foundation A36.

Late in 2016 we announced an ASF A36 Paint Design Contest to our members. We provided a downloadable line drawng of a 1981-vintage A36 (we also printed it in ABS Magazine) and invited members and their families to submit designs. From these suggestions a panel will select a design; Scheme Designers generously volunteered to fine-tune the design to our specifications and digitze it so a paint shop can lay it out on the airplane.

The member or members who submitted the selected design will be honored in ABS Magazine, have a picture taken with the airplane at the 2017 ABS Convention in Wichita, and be recognized by a placard in the airplane itself.

We've received many good ideas, and we may choose features from more than one for the final paint scheme--recognizing those members from whom we took inspiration. You can see the contest entries in the ABS website blog.

Thank you to everyone who submitted designs for the ABS Air Safety Foundaton A36.

The ABS Air Safety Foundation has finalized the paint scheme that will be used on the ABS/ASF A36.

To review, here are the rules that were published with the contest notification:

Ultimately we took ideas from several of the entries and merged them into a single, final section that is bold, unique, not too “out there”, and positively identifies it as the ABS’ airplane. It also leaves ample room for sponsor logos. Red and black are ABS colors, and the gold symbolizes ABS’ golden anniversary. The ABS logos will appear on the underside of the wings as well, swapped left/right (B on the top left and bottom right).

The members from whom we took inspiration will have their picture taken with the airplane at the 2017 ABS Convention in Wichita and be recognized by a placard in the airplane itself. Those members are:

There were several nods to historic Bonanza paint designs that we liked, but were not unique enough to positively identify the ABS airplane. We also liked several tail logo designs but wanted one large enough to be visible from across a ramp or when the airplane was seen taking off or landing. The final design is similar to one Beech used on its sales demonstration airplanes for several years.

Scheme Designers is digitizing the selected design and will have it for us well before our paint shop date at Biggs Aircraft in Oklahoma in late April. The ASF A36 is currently at Air Mod in Batavia, Ohio for installation of a new interior.

We greatly appreciate our sponsors’ generous help with the ABS Air Safety Foundation’s A36. And thank you to everyone who responded to our Design the Paint Scheme contest! 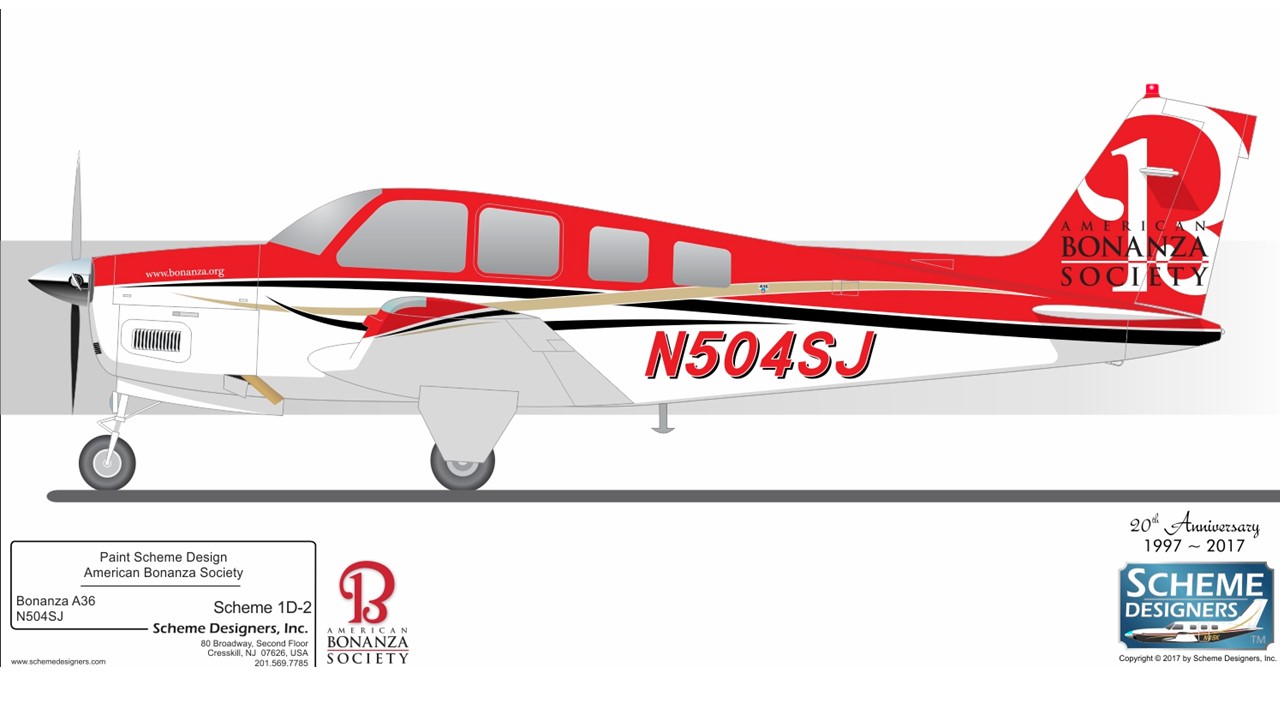 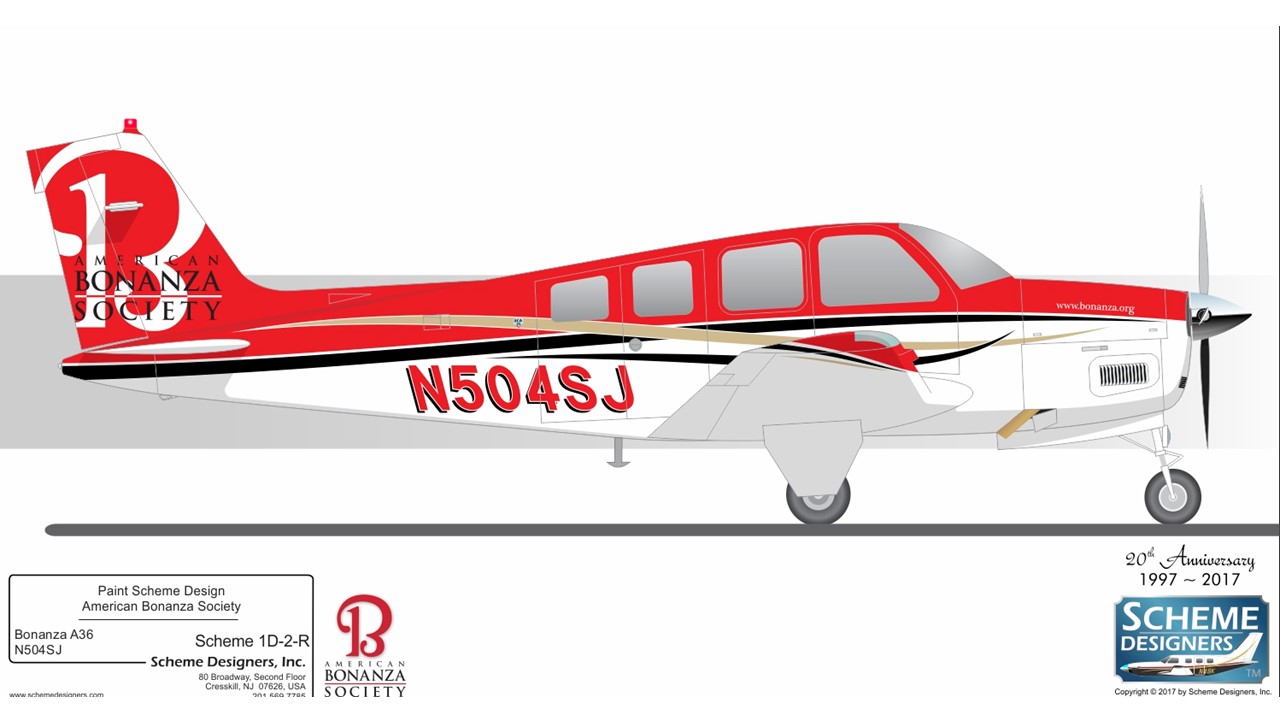 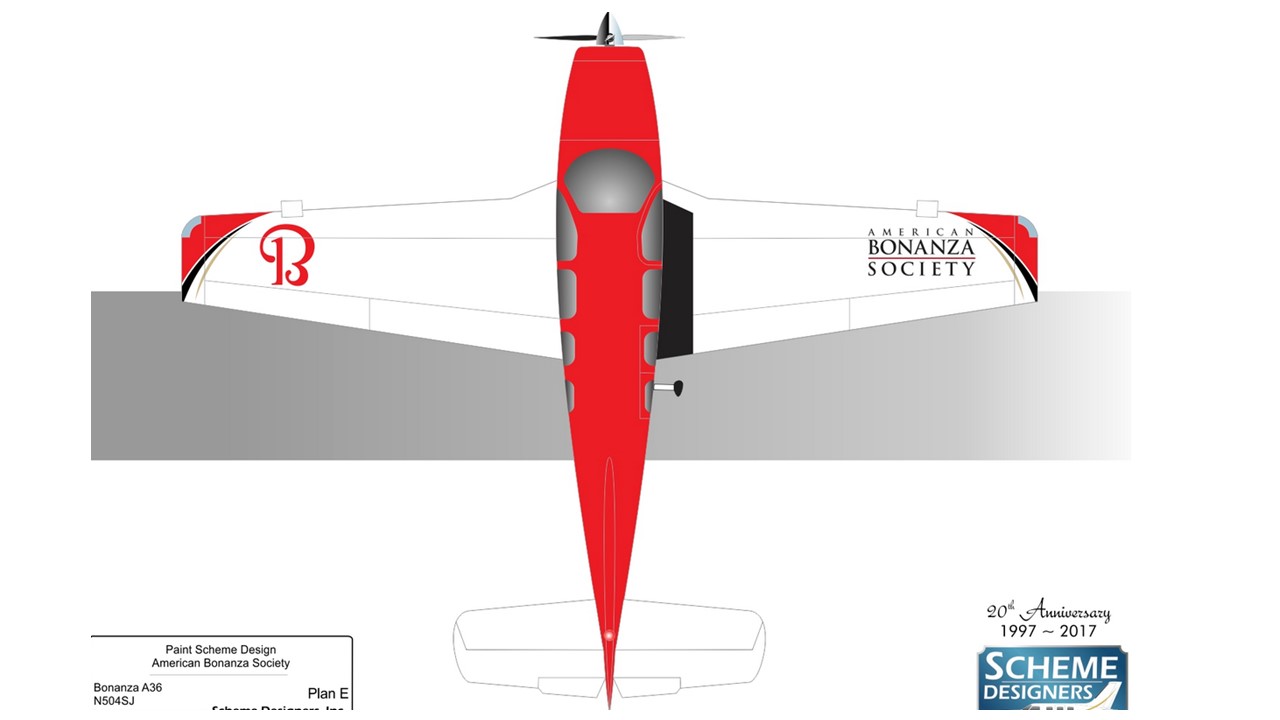